Over 30 years of experience. Over $100 million recovered for clients.

Over 30 years of experience. Over $100 million recovered for clients.

Uber Technologies Inc., or Uber, is a transportation network company that has its headquarters in San Francisco, and operates in 570 cities throughout the world. It is also referred to as a transportation network entity (tne). It is involved in the development, marketing and operation of the Uber car transportation and mobile apps, and is the first company to offer ride-hailing. Uber drivers in New Jersey operate their own cars. However, drivers have the option to rent a car to drive with Uber. In spite of its ever-growing popularity, Uber has been the topic of protests, and many personal injury lawsuits throughout New Jersey and the country.

Uber began attracting passengers at the Jersey Shore in 2013, where it rapidly became a popular mode of transportation for beach goers, according to New Jersey Uber General Manager Josh Mohrer.

When using Uber, you are just a click away from obtaining a ride. You only have to open the app on your phone, and a list of cars in the area appears right away. As one passenger from Point Pleasant describes the experience, there are no inconveniences or difficulties when using Uber. Upon opening your app, you click three buttons, and a driver will be en route to your location immediately. It is unnecessary for you to even know your precise location. The driver receives your coordinates and is given directions by way of GPS. 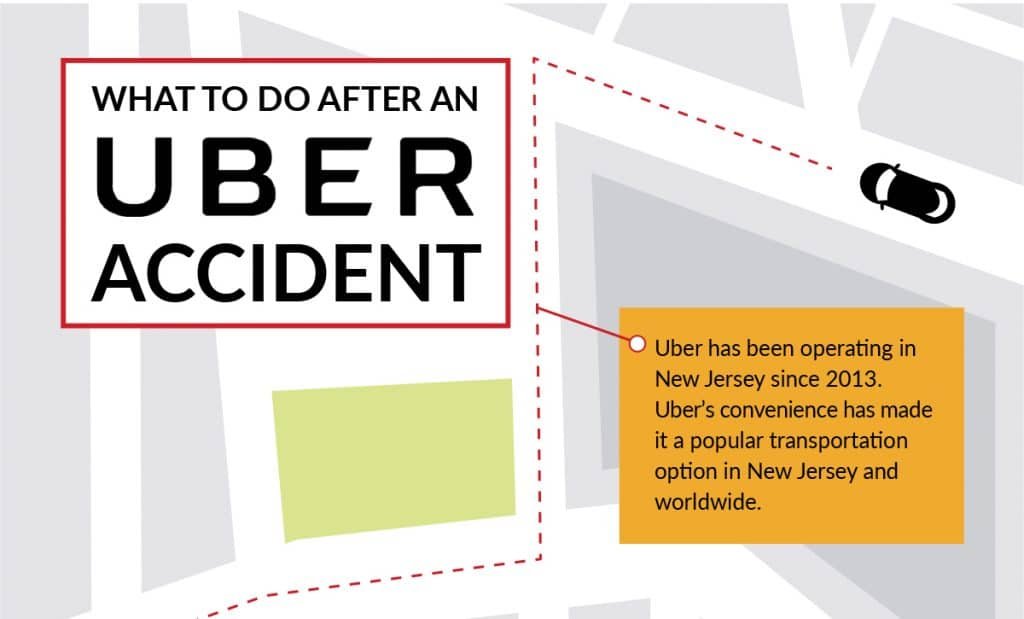 Another benefit of Uber is that there is no need to walk with cash. You can pay using apps such as Venmo and Virtual Wallet. Uber has a direct connection to your credit or debit card, and you can even share the cost of the ride with friends. Additionally, prior to accepting a ride with Uber, you can check the cost by entering your pickup and drop-off addresses in the app.

According to Uber Northeast Communications Lead Matt Wing, the most significant benefit of Uber is its reliability. You only have to be within reasonable distance of an Uber to have a driver arrive at your location to transport you to your destination. Whereas taxis stop by less frequently, an Uber ride is more dependable in that it will not require a lengthy wait. Moreover, upon entering the car, you will be able to check the time at which you are likely to arrive at your destination, and share such information with those who are waiting for you.

Mr. Leonard’s law firm constantly kept in touch and on top of my problems. They were quick to respond to my legal needs and were very attentive and showed real concern to my issues. I highly recommend them to anyone needing legal representation.

What is Required of Uber Drivers?

In order to become an Uber driver, people must meet certain requirements.

They must be at least 21 years old, and have a minimum of three years’ driving experience.

The insurance for the car must be under their name, and it also has to be in the same state in which they will be driving, and comply with the state’s requirements. 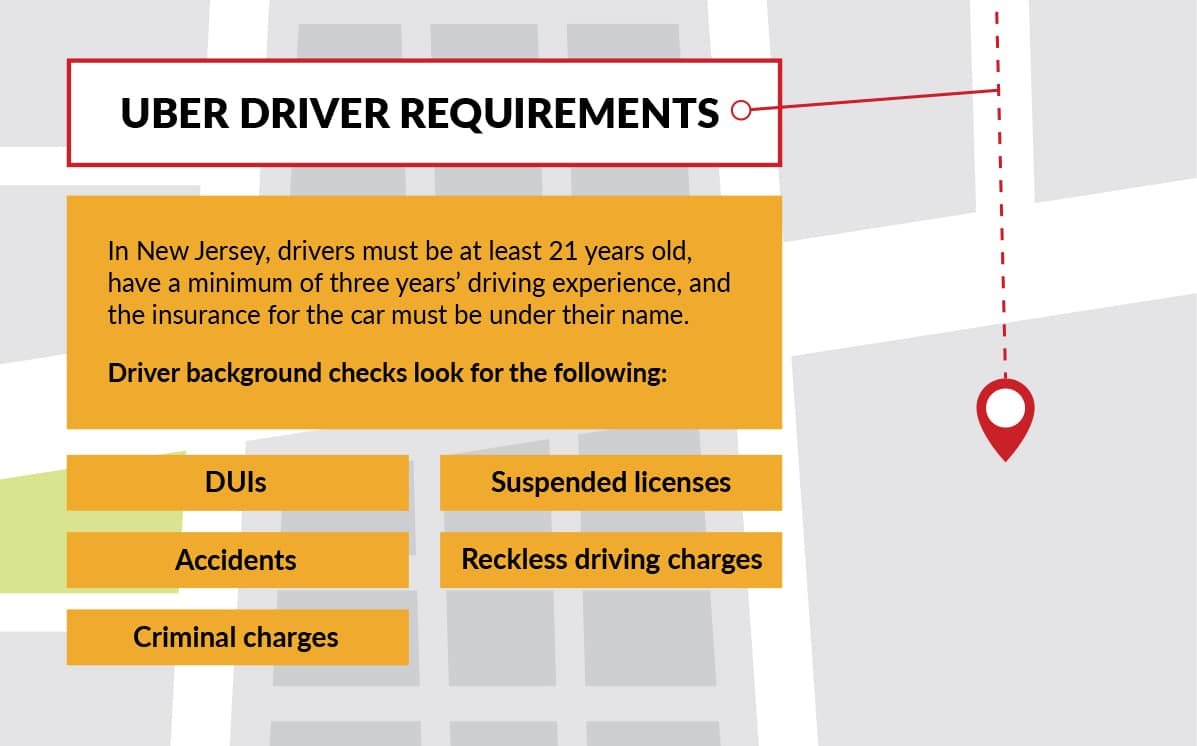 In most cities in the United States in which Uber operates, drivers do not have to possess a commercial driver license (CDL) in order to be an UberX driver, which is the most basic level of service. However, upon starting the driver application process, instructions are provided as to the class license needed for the selected position.

What is Required of an Uber Driver's Car?

In addition to driver requirements, there are specific criteria that a driver's vehicle must meet.

The vehicle has to be model year 2000 or newer for most cities. Certain cities may have more stringent requirements. For instance, in New Jersey, the model year of the car must be 2002 or newer, and the vehicle must be a four-door car or minivan. The vehicle is required to have seats and seat belts for four passengers, and should have license plates issued by the state. It must not have been previously salvaged or used for taxi-related purposes.

Once an Uber driver accepts a passenger, they must have a commercial car insurance policy with at least $1.5 million in liability coverage for death, bodily injury and property damage. They must also provide uninsured/underinsured motorist coverage in an amount of at least $1.5 million, which covers all who occupy the vehicle if another motorist causes an accident and does not have any insurance, or does not have sufficient insurance.

IMPORTANT: in New Jersey, if you are in an auto accident, and you have chosen the “limitation on lawsuit option” for your car insurance coverage, you will need to prove that you have sustained a permanent injury based on objective evidence, even if the other driver was at-fault. However, if you are injured in an accident caused by an Uber driver, whether you are a driver or passenger of the other vehicle, or a passenger of an Uber, the limitation on lawsuit option does not apply and you will not need to prove you have sustained a permanent injury. As written in the statute, it states:

There have been some high-profile accidents involving Uber drivers. 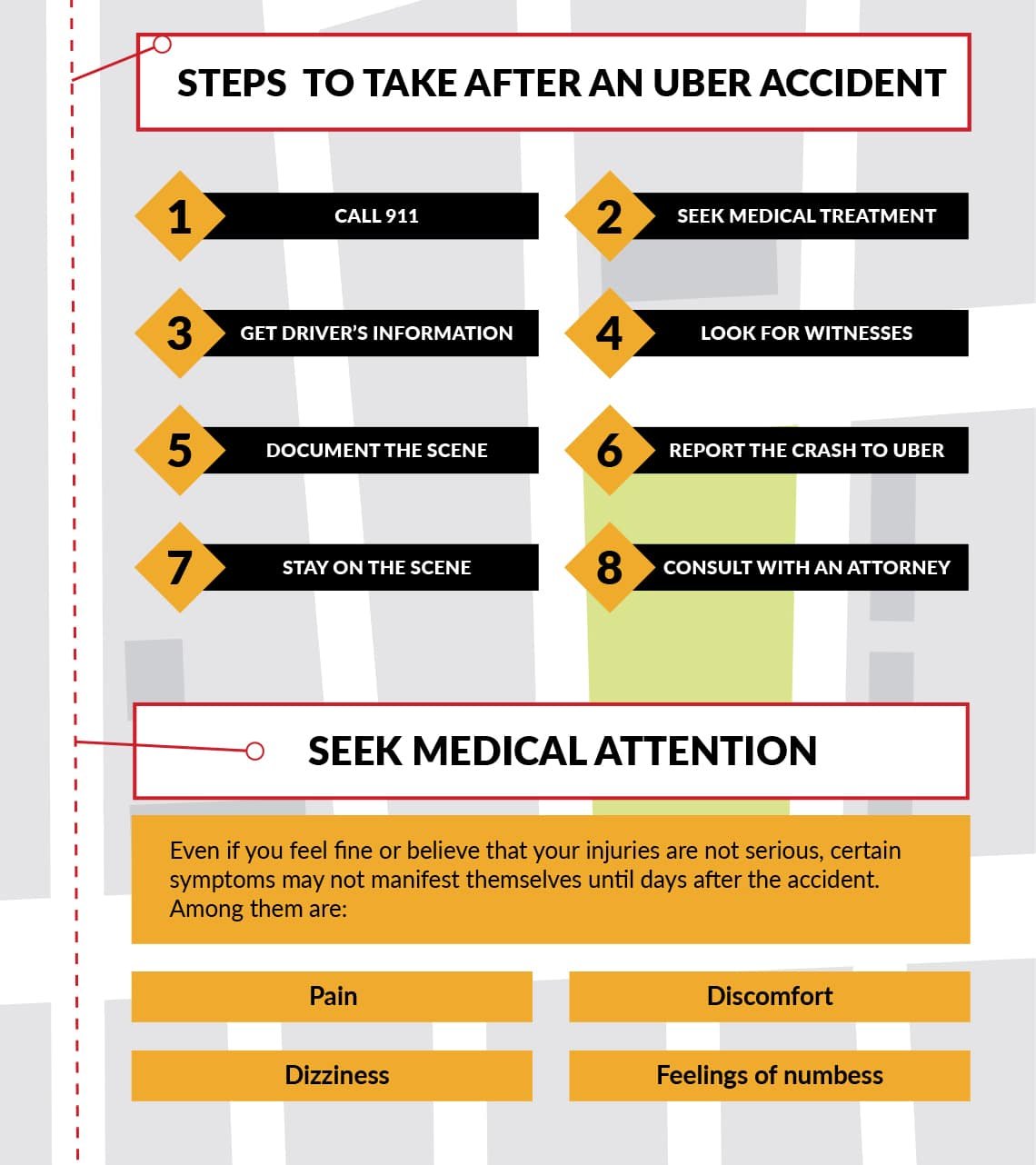 One such incident occurred when an Uber driver attempted to make a U-turn in his Chevrolet Cruze. The motorist drove into the path of a Mustang that was already in the median lane, and the Mustang struck the driver’s side of the Chevrolet. While the driver and passenger in the Mustang suffered minor injuries, the Uber driver sustained life-threatening injuries, and his passenger suffered severe injuries. The Uber driver subsequently died from his injuries.

In another accident, an Uber driver was found not guilty of running a red light that caused him to collide into a Seminole County deputy, causing the death of his passenger. The Uber driver had to pay a $1,000 fine, and a six-month suspension of his license.

According to police, in an accident involving a Lamborghini Murcielago and a Porsche 911 convertible, both of which were speeding, the Lamborghini crashed into a Buick Enclave driven by an Uber driver, who was 82 years old. The drivers of the other cars were both over age 60. The accident claimed the life of the Uber driver.

and on top of my problems. They were quick to respond to my legal needs and were very attentive and showed real concern to my issues. I highly recommend them to anyone needing legal representation.
- Leslie W.

If you were injured in an Uber car accident in New Jersey, it is very important that you seek medical attention right away. Visit the emergency room or consult your doctor, especially if you have suffered severe injuries. If your primary care physician is unwilling or unable to treat you following a car accident, then see another doctor or go to the emergency room. The sooner you obtain medical treatment for your injuries, the better you will be able to handle any issues that may arise.

A class act. I could not have been happier with my experience at Todd Leonard Law. The whole team worked tirelessly on my case in the most respectful, professional way. They communicated with me regularly and made a horrible situation much easier to deal with, resulting in a settlement that I was very satisfied with. I can't say enough good things about their office and their team and their timeliness. THANK YOU!

Accidents involving an Uber vehicle may cause serious injuries requiring hospitalization, permanent disability or can prove to be fatal. We have helped our clients and their families following a wide variety of Uber accident-related injuries. If you have been seriously injured in an accident involving an Uber vehicle, contact the experienced New Jersey Uber accident attorneys at the Todd J. Leonard Law Firm to protect your rights. 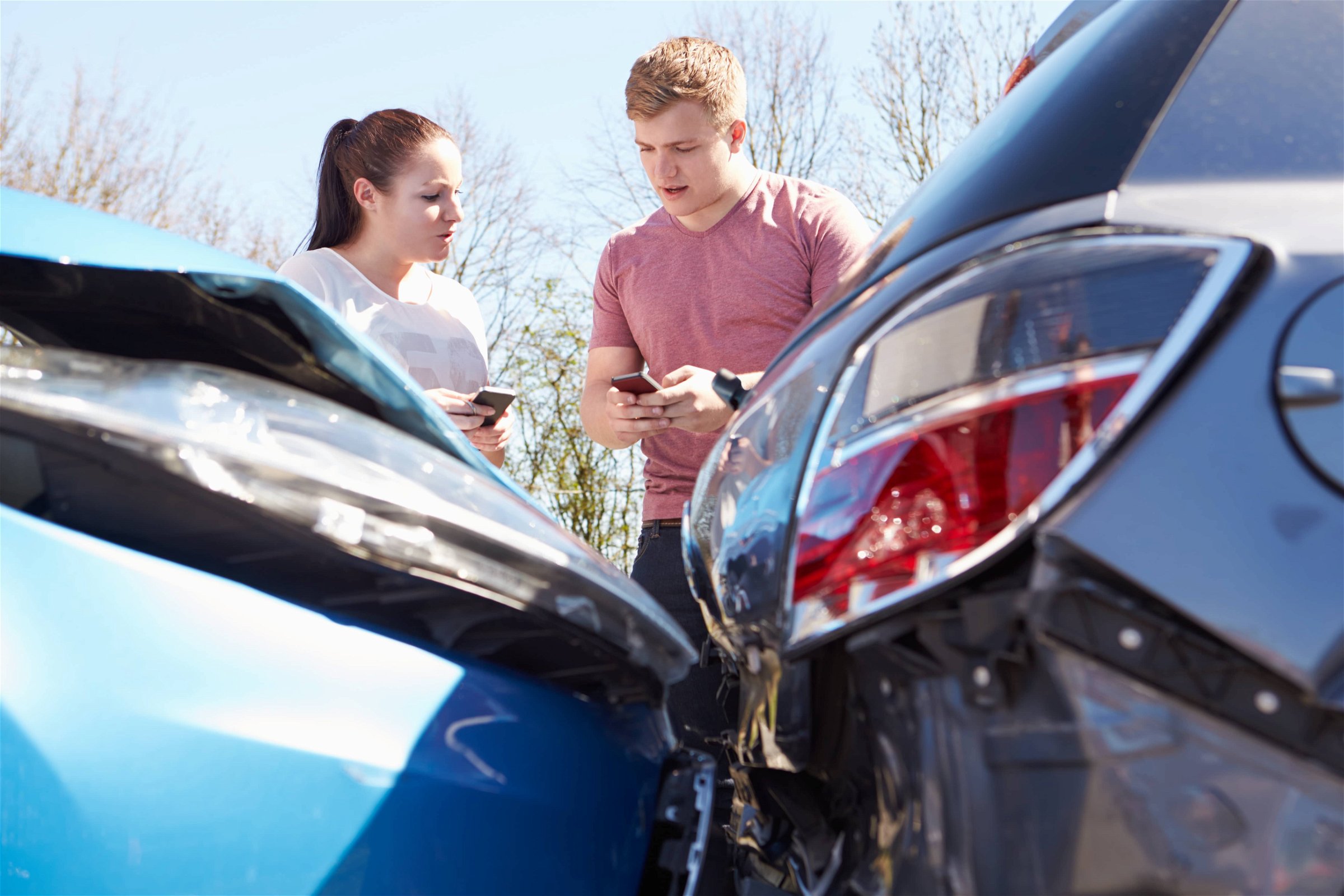 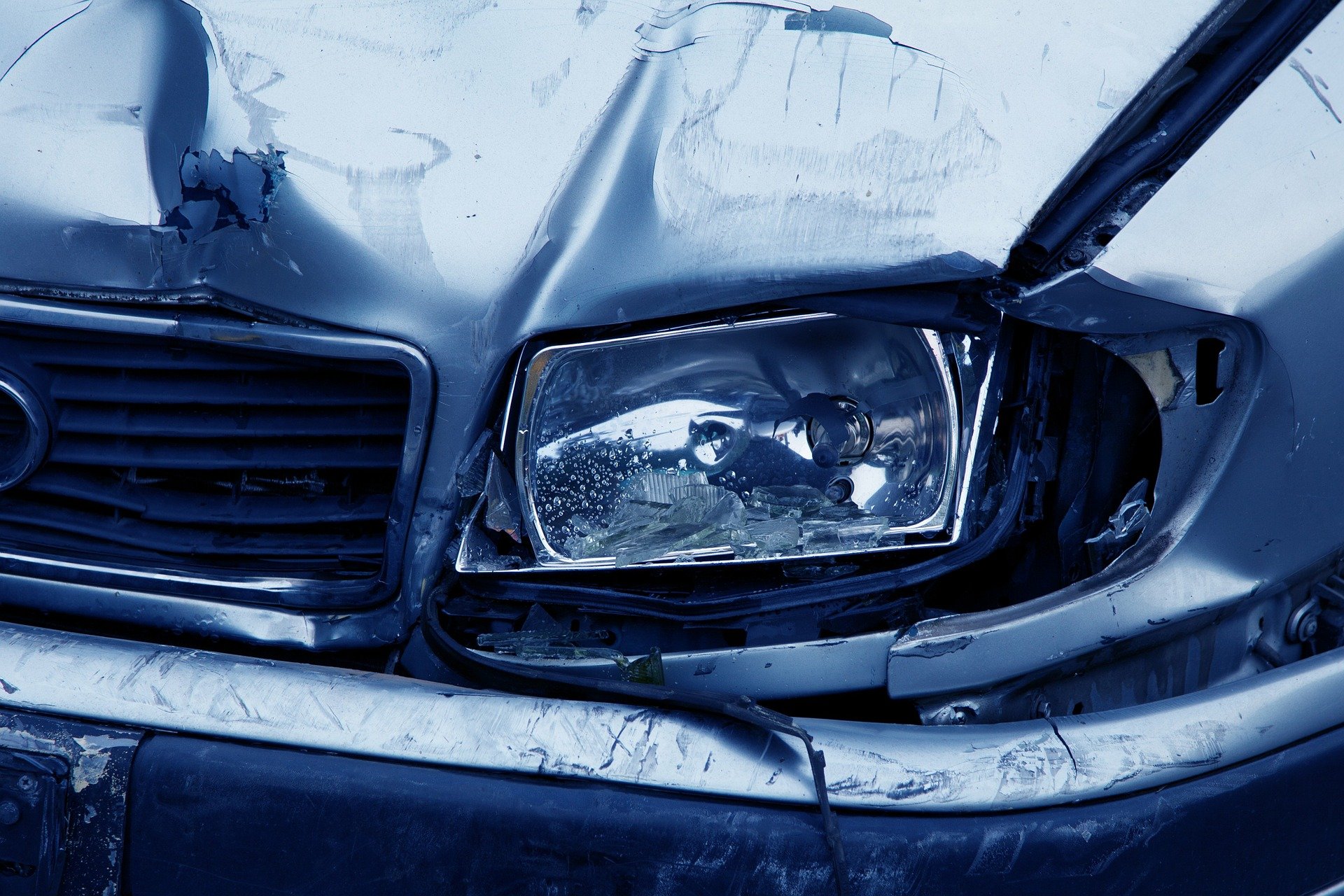 Uber accidents can cause serious injuries or wrongful death. According to the NHTSA, there were a total of 559 traffic fatalities in the state of New Jersey.

The most common Uber accident injuries are: 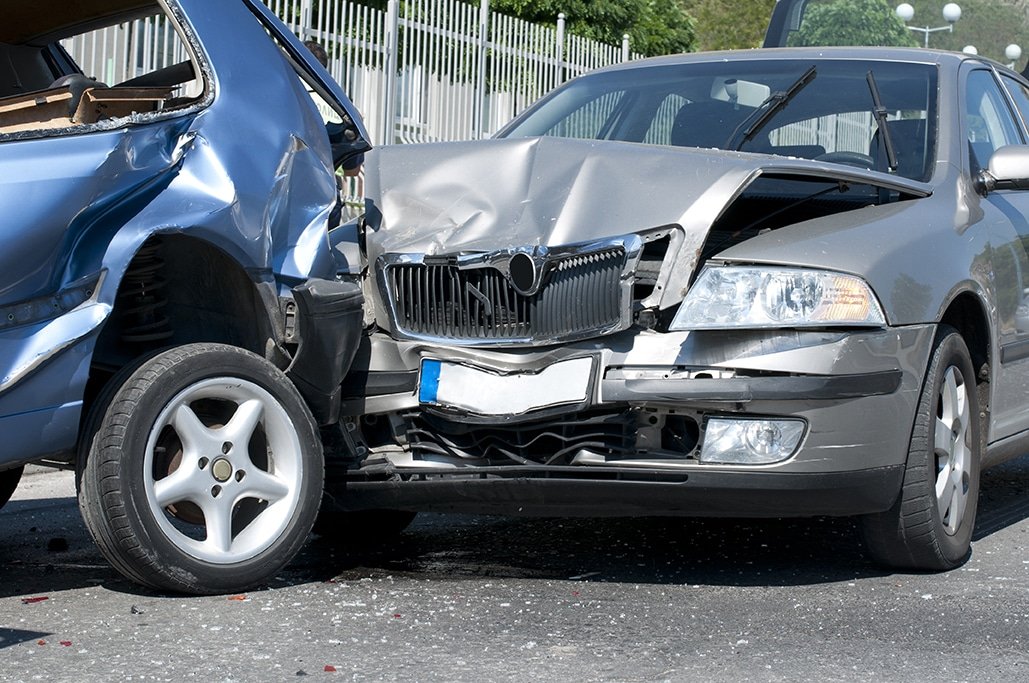 One of the leading causes of wrongful deaths are accidents caused by motor vehicles, whether it is from distracted driving, running red lights or stop signs, or dangerous road conditions. These fatal car accidents can involve other cars, Uber drivers, or other rideshare vehicles, motorcycles, buses and trucks, delivery drivers, as well as pedestrians.

Even if you feel fine or believe that your injuries are not serious, certain symptoms may not manifest themselves until days after the accident. Among them are:

If you wait to seek medical attention until many days or weeks after the accident, it will be more difficult to prove that your injuries resulted from the motor vehicle crash. Obtaining medical attention right away will only serve to bolster your personal injury claim.

It is imperative that you document the names and addresses of all treating physicians, physical therapists, chiropractors and other health care professionals who treat you for the injuries you sustain. You may need to produce them at a later date in the event you decide to file a claim and/or a personal injury lawsuit. Such information will be necessary in securing full reimbursement of your medical expenses from the insurance company.

After a car accident, you should talk to a lawyer, particularly if you are injured, or you lose time from work, school or household responsibilities. Even if you are not injured, you should consult an attorney if any of the following occur:

We take great pride in being there for clients when they need us the most. We will do everything in our power to obtain the BEST possible result for you.

Todd J. Leonard Law Firm will advocate for your rights after you were injured in an Uber accident

The attorneys at Todd J. Leonard Law Firm will review with you how the accident involving an Uber driver happened, and conduct a thorough investigation into the cause. They will also advocate tirelessly for your rights, and will do their best to hold the responsible party or parties liable for causing the accident that resulted in your injuries.

Get Answers About Uber Accidents 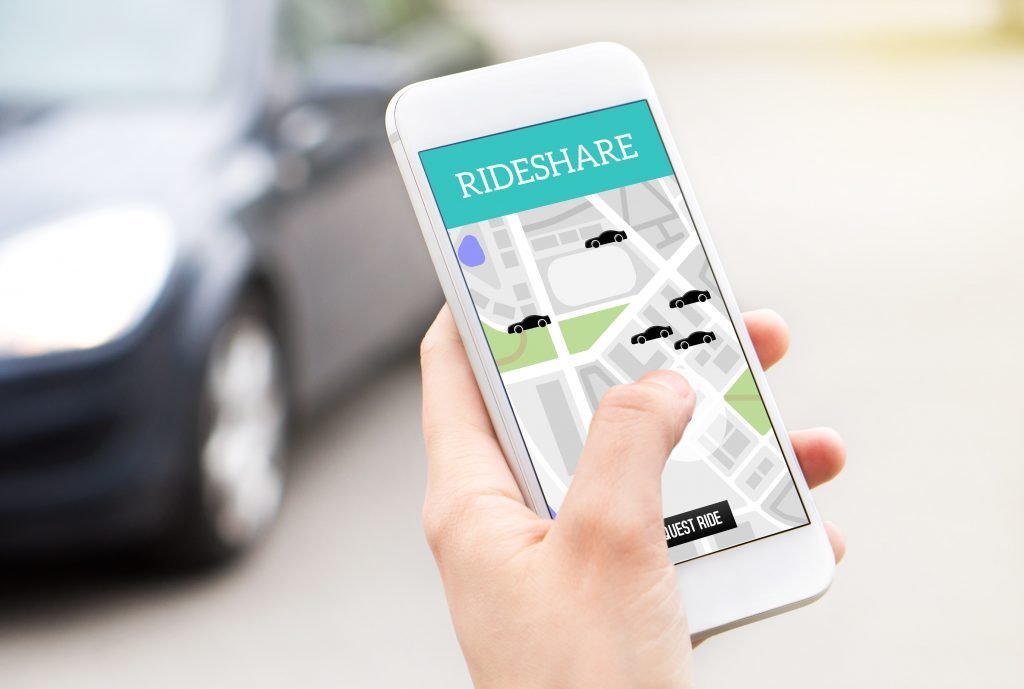